A three days trip to the vineyard and History of Corinth

Our three days trip to Corinth

Vast vineyards stretching as far as the eye can reach. Ancient cities and temples that count years in millennia.

Stories that go back in time when gods were walking around these places and they were falling in love.

Gods who were getting drunk with the exact same wine that the biggest vineyard in the Balkans still produces.

Isn’t it natural then that we start our three days trip to Corinth by getting to know better this exact wine?

Semeli Estate and the vineyard of Nemea

Perched at an altitude of 600 meters, in the heart of a 250 acres vineyard, Semeli estate  was one of the first wineries in Nemea that opened their doors to the wine tourism, in order to initiate their visitors to the secrets of the cultivation and production of their exquisite wines.

Years passed, Nemea became famous throughout the world, the wineries as well as the awards multiplied (61 awards for the wines of Semeli just in 2018), while the high spirits and the meraki of the people that work there remained the same.


The Semeli Estate  is daily open from 10:00 to 16:00 and at the weekends from 11:00 to 17:00, to guide us through its magical world and to introduce us to its many interesting wine labels, in three different tasting menus that you can find more details about them here,  which can be combined with a light meal or a full meal for a more complete culinary experience.

All these happen in a super atmospheric restaurant inside the premises of the winery or, if the weather permits it, at the big balcony with the amazing view to the vineyard. 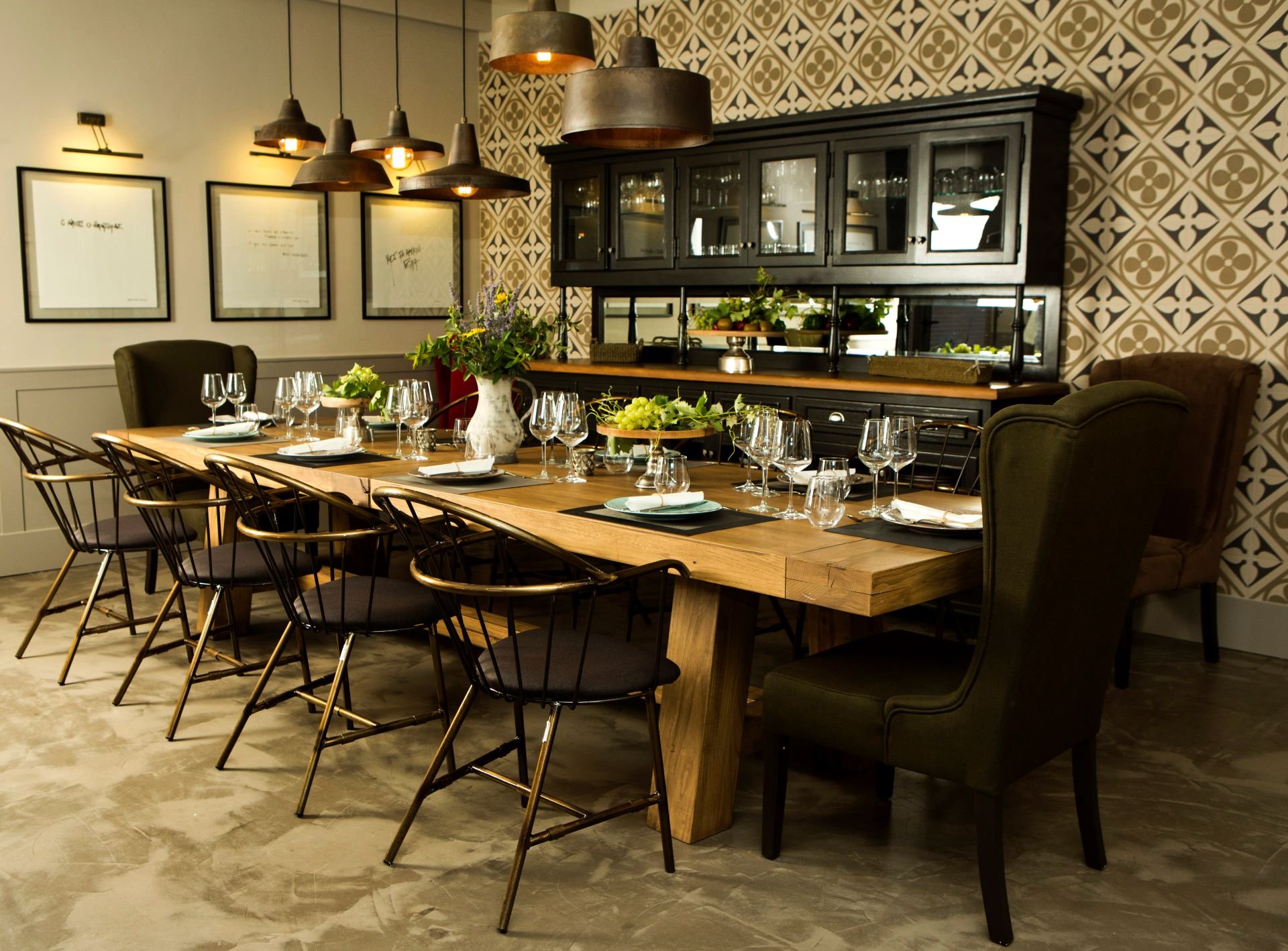 The incredible archaeological site of Nemea

Once upon a time, there was a lion, as the myth goes, which was eating the people of Nemea for breakfast, until Hercules came and killed it.

Since then, the demigod walks around dressed with the lion’s skin, the murdered Leo is now a constellation in the night sky, and at the place where Hercules celebrated with a poor shepherd, Molorchos, the end of his first Labor today stands the Temple of Zeus.

You see, the demigod wanted to pay tribute to his and the other gods father, so he established to his honor the athletic games, called Nemean Games that gathered big crowds of people and many athletes from around the world. 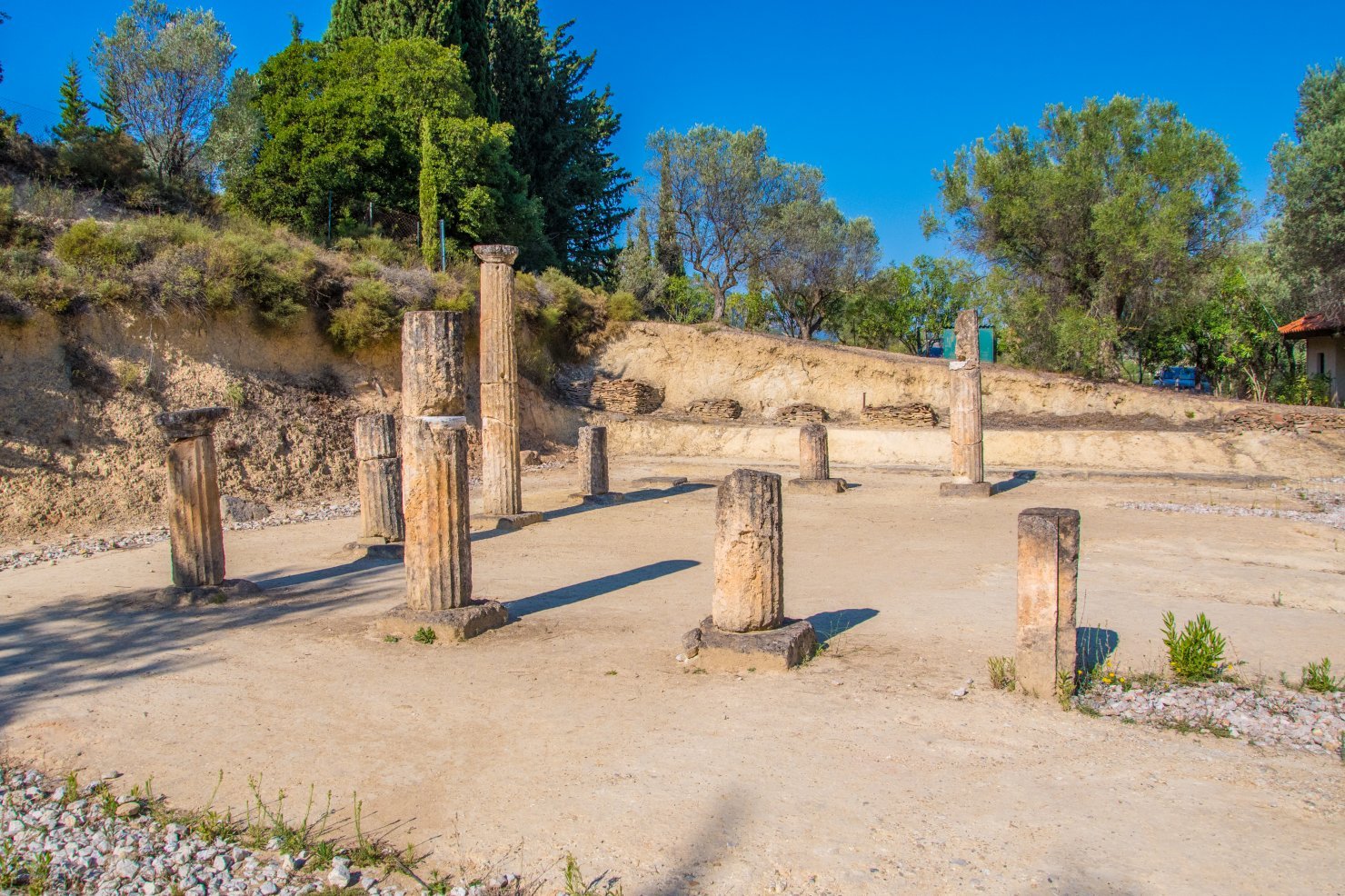 This is shown through the enormous stadium of Nemea, a few meters away from the imposing Temple of Zeus, the restored columns of which reach the 10 meters height, as if they want to touch the sky.

This titanic work of the restoration and the elevation of Ancient Nemea into the masterpiece archaeological site that you can see today, we owe it to Stephan Miller, the professor in Berkley University of California. If you want to know who to thank.

The modern village of Nemea

It might not enjoy the same fame as other neighboring, traditional villages that are nestled at the green slopes of Mountainous Corinth, but Nemea has traditional taverns and accommodation options that make it ideal for the first overnight stay of our three days trip. In case the wine and the all-day strolling in the vineyards leave you too tired to drive.

You should not be fooled by its name (Psari in Greek means fish), it is a lovely mountainous village nestled at an altitude of 800 meters. 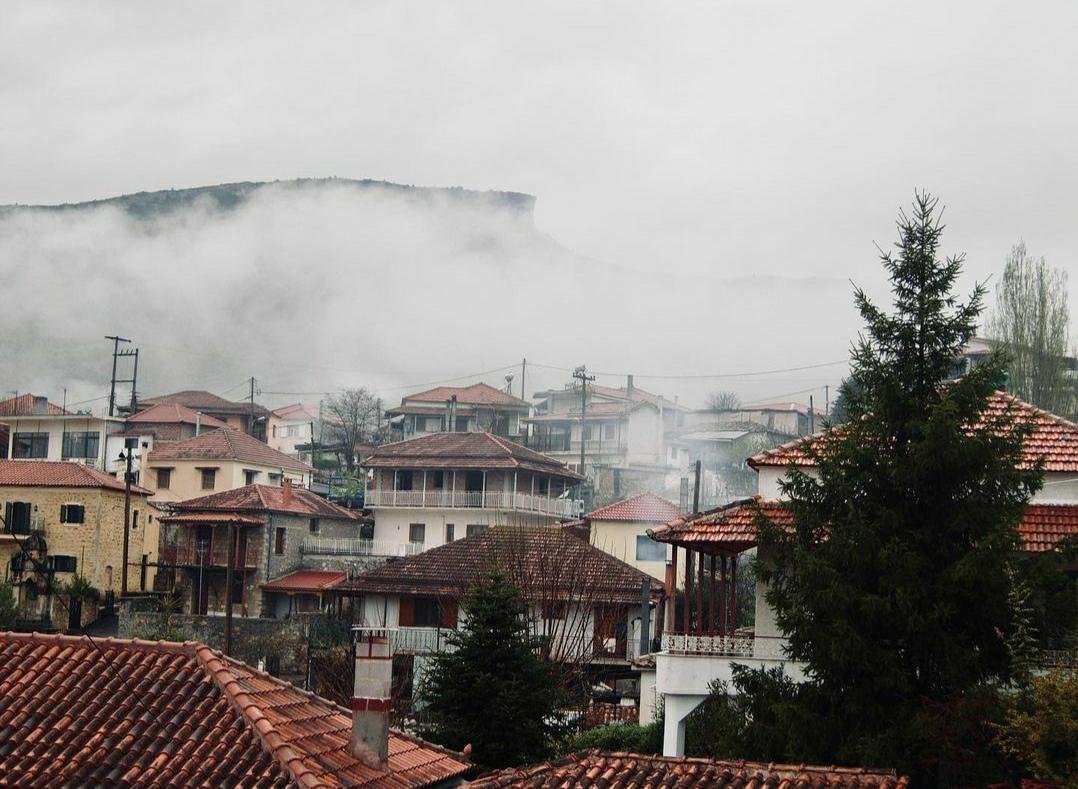 Known for its Corinthian raisins and gournopoula (a small pig, roasted a few hours in the oven) that the meat lovers will appreciate, Psari is the starting point of many idyllic paths that cross Nemea’s vineyard.

One of them is called Scarlet Vineyard, a round, short, 3 kilometers route, perfect for beginner hikers: It starts from the one side of the village, to which ends up again an hour and a half later, having crossed oak forests, green vineyards and fields of Corinthian raisin, passing by picturesque small churches and fountains of running water. 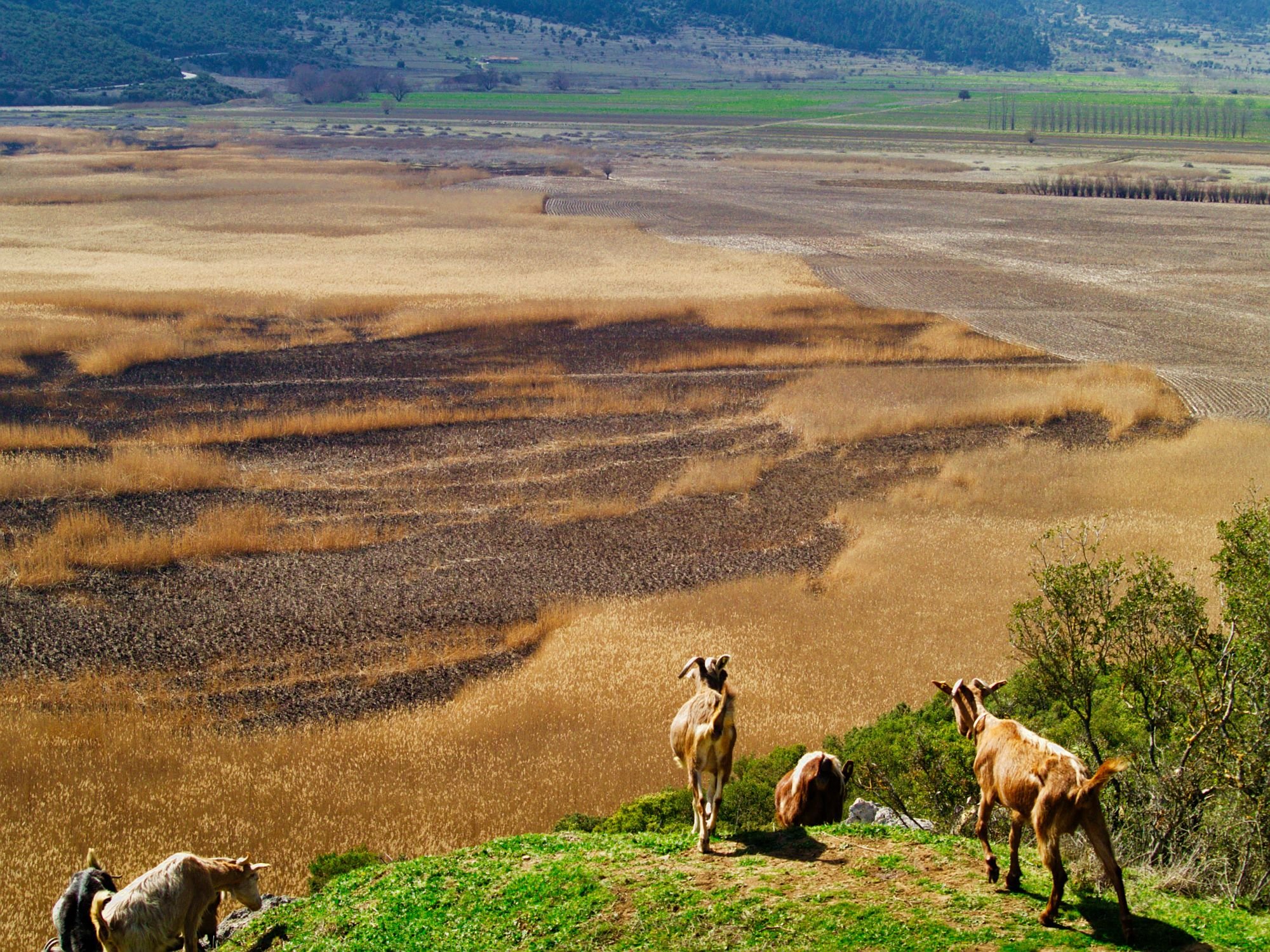 Another Labor of Hercules, another magical landscape, like the ones that make you consider that places with so much natural beauty, absolutely make sense to give birth to thousand-year-old myths. 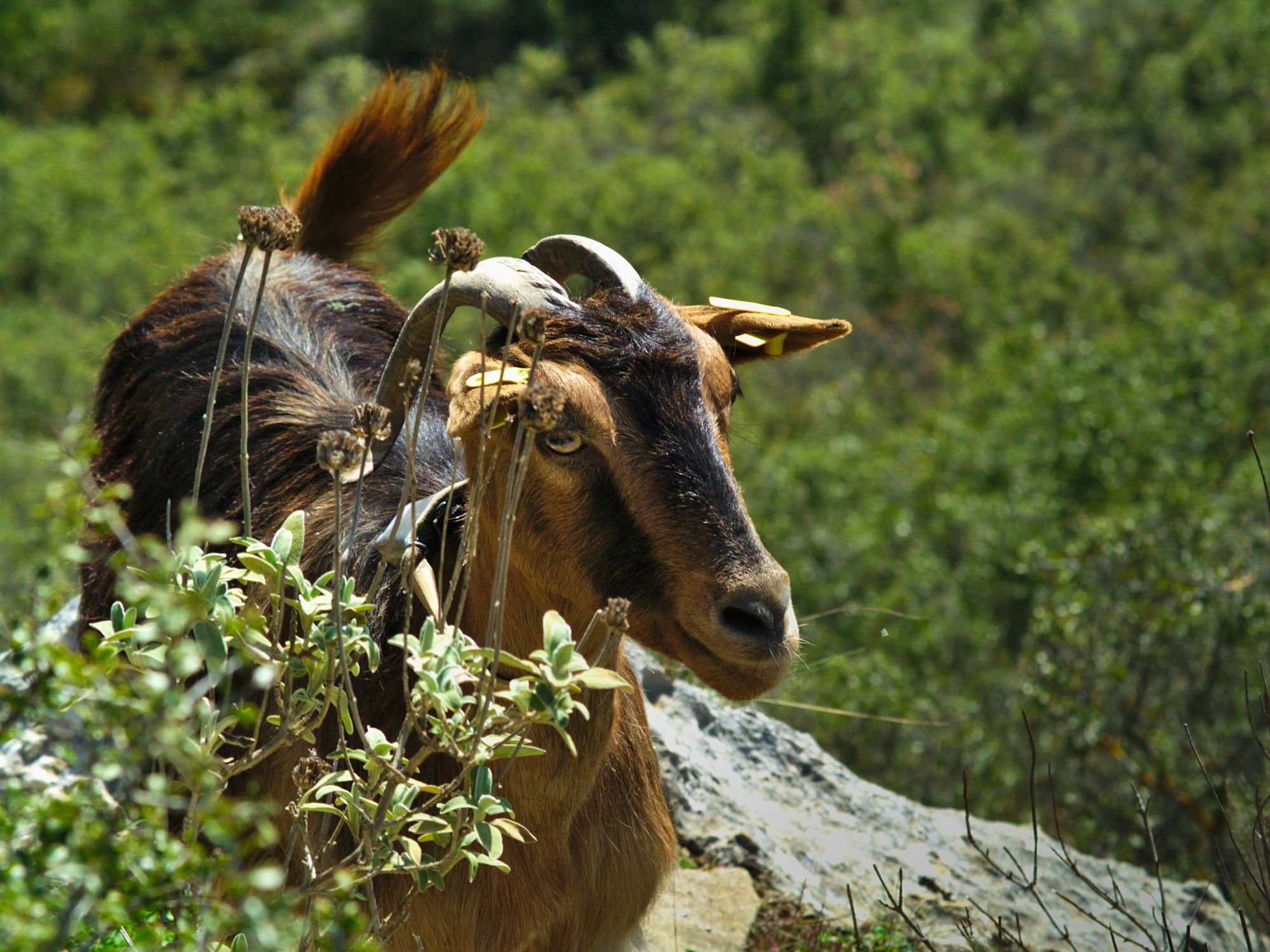 It is a must to make a stop at the bank of Stymphalia to visit the exemplary Environment Museum of Stymphalia, which is exciting both for kids and adults with its permanent collection that narrates the connection of the unique ecosystem of the lake with the human History over the centuries.

The amazing view to the still waters of Stymphalia from the wooden balcony of the museum, should definitely be included in the exhibits.

Driving through an idyllic route among tufted fir forests, chestnuts trees and gurgling streams, we climb Ziria slope to the tiny Kastania village, one of its most beautiful villages, at the 1.100 meters height.

Famous for the incredible view to the mountain sides around it, Kastania is a stone village filled with cobbled streets, and with plenty of accommodation and food options that make it perfect for our second overnight stay.

In its sights are included the chapel of Koimisis Theotokou, with the amazing view to the vast lush vegetation around it, and Trikrina spring, the stone fountain where according to the myth the nymphs used to bathe god Hermes. 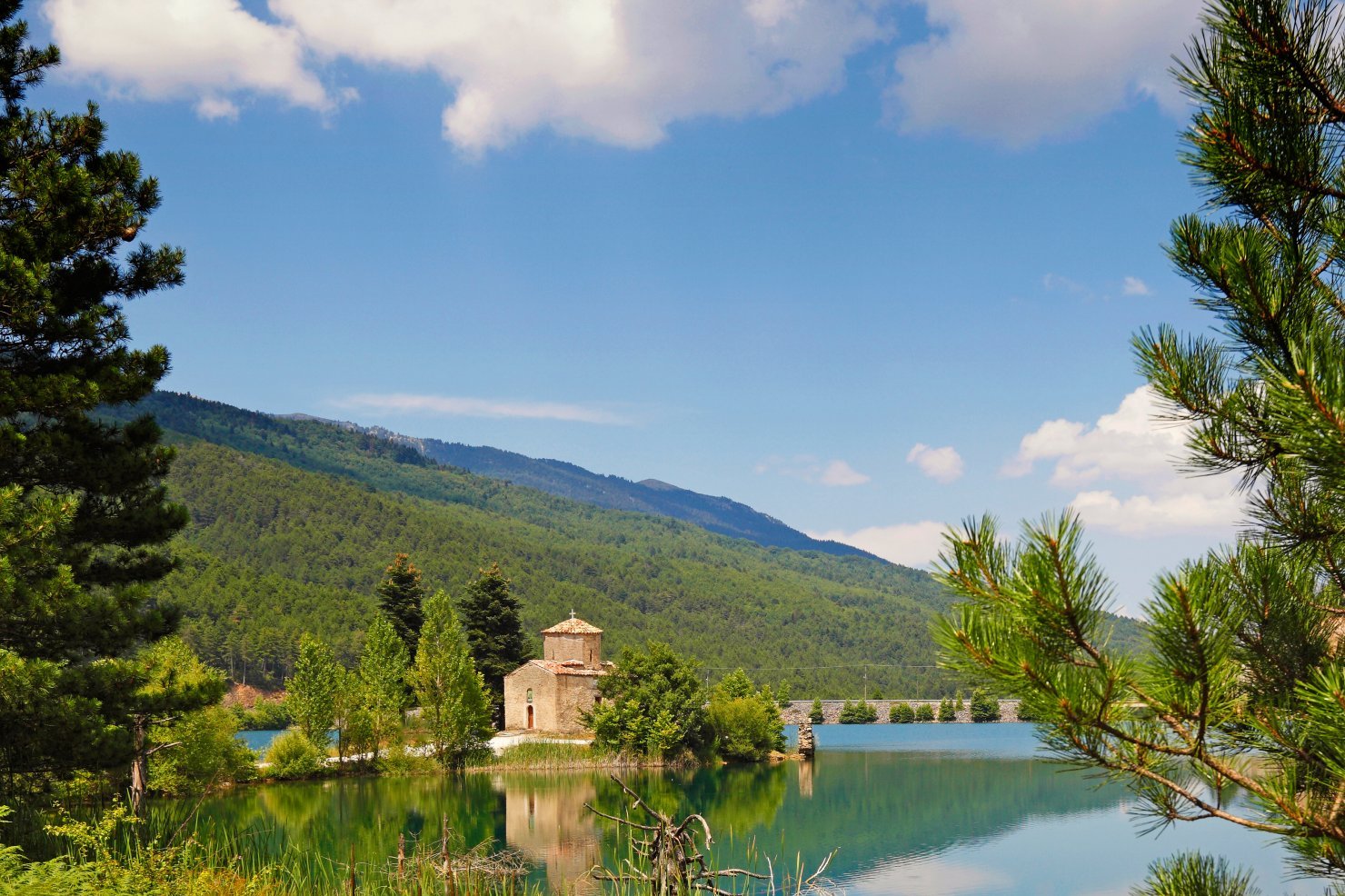 Another amazing route that you can’t get enough of driving, climbs down from the 1.100 height of Kastania to the picturesque Feneos Valley, constantly enjoying a panoramic view to its green vastness.

The first village of the valley is the tiny, sweet Mesino, with its stone-paved square is ornated by a century-old plane tree. Under its gigantic branches we can enjoy the first coffee of the day, before we hit the road and walk one of the fantastic trails that start here and cross the valley, or drive to our final destination, the wonderful Lake Doxa. 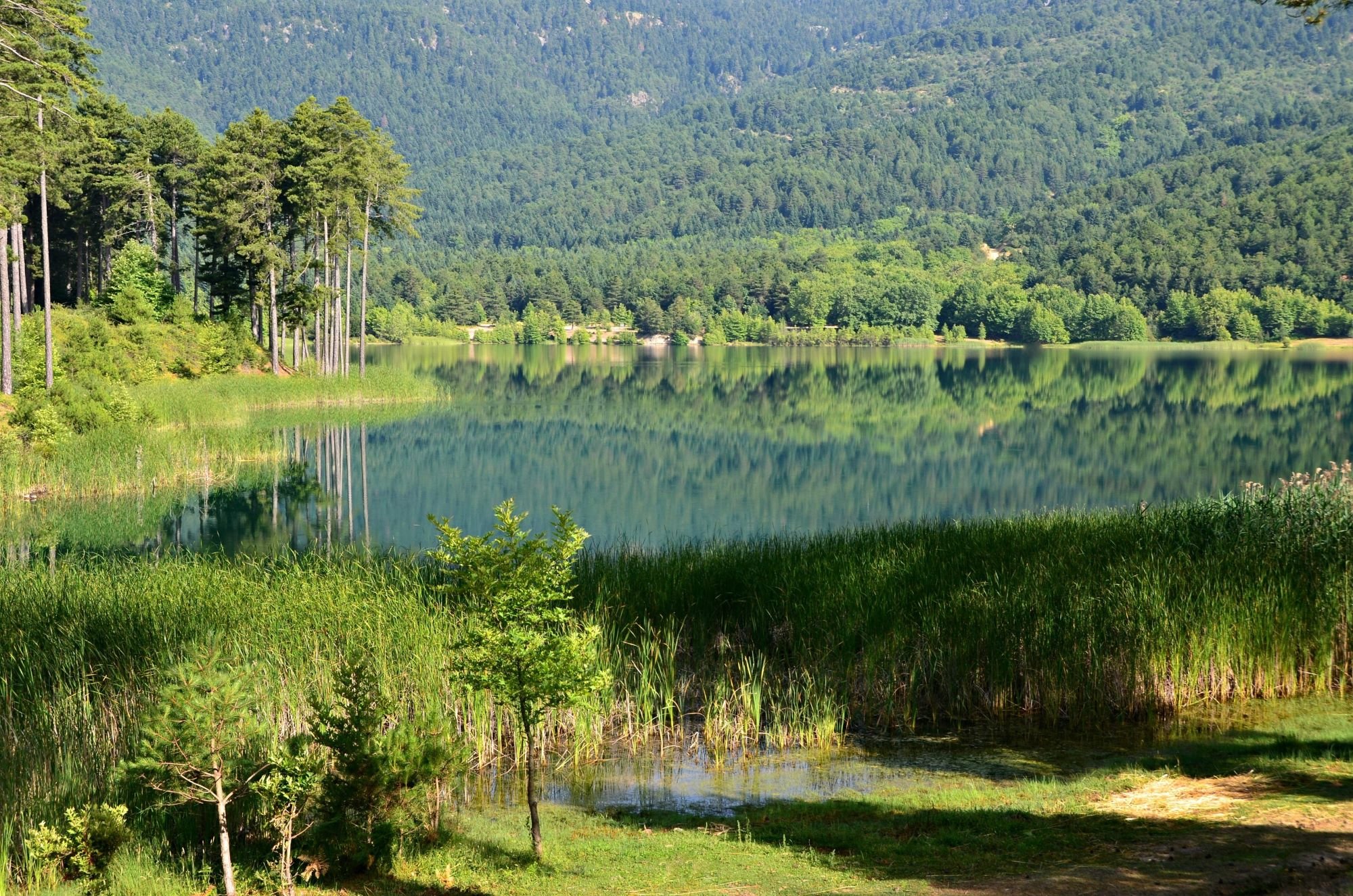 No matter what you’ve heard about it, or how many pictures of it you’ve seen on the internet, nothing compares to how Lake Doxa is when you see it for the first time.

It is probably the most beautiful lake of the Peloponnese that has incredible crystal clear waters, a small church, Agios Fanourios, which looks like it’s built on the lake’s waters (it is actually built on a narrow strip of land that crosses it) and  a black pine forest that engulfs it.

At its banks absolute peace reigns, while if you come supplied for a pic nic you can find wooden tables to organize it properly.

Very close to the lake, the tiny village of Ancient Feneos has a small but super interesting archaeological museum with statues, mosaics and urns that were brought to light during the excavations of the ancient city.